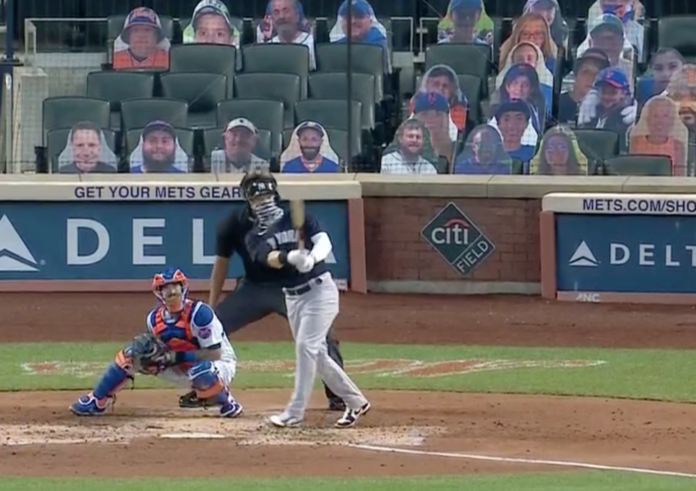 But there’s an old saying – a picture says a thousand words, and when you look at the picture attached to this column, it speaks volumes. Clint Frazier goes deep… while wearing a face-mask. The “fans” behind home plate are actually .. cardboard cutouts.

It’s baseball 2020. It’s a new-normal. Three-cheers for the game on the field that we love so much (cue the piped-in applause).