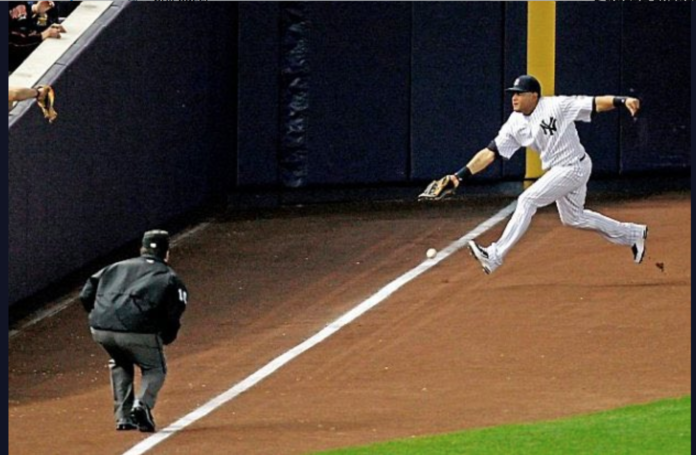 In the 11th inning of Game 2 of the 2009 ALDS between the Minnesota Twins and the NY Yankees , with the score tied, Twins catcher Joe Mauer hit a fly ball down the left field line. Melky Cabrera attempted to catch it. The ball clearly landed fair, and bounced into the stands – umpire Phil Cuzzi called it a FOUL BALL (even though he was only standing 10 feet away) , denying Mauer of a ground-rule double. This was a huge blown call in the Yankees favor, as the Twins eventually lost the game 4–3. It allowed the Yankees to sweep the series (vital because the Yankees were using a 3 man starting rotation). That postseason, the Yankees went on to win their 27th Championship (vs. the Phillies).

10 years ago .. and every time I hear the name Phil Cuzzi, it puts a smile on my face for that one pivotal play. Cuzzi was born and raised in NJ (still lives there) and never did I feel that he was one of those umpires that was anti-Yankee. That was until yesterday (8/19/19).

The .. cause and effect of Brett Gardner’s most recent temper-tantrum is that now Phil Cuzzi has an axe-to-grind with the Yankees. The Yankees lost 8-4 to the Indians (Cuzzi was behind the plate) on a day that they might not, under any circumstances, have won the game , but one thing is for sure .. pitcher CC Sabathia and the entire Yankee line-up got the short-end-of-the-stick all day on borderline pitches.

Why? Because Cuzzi was the umpire who threw Gardner out for banging on the dugout roof the day before. Gardner ran onto the field and had to be held-back by his teammates. Sabathia got thrown-out (also by Cuzzi) in solidarity with Gardner.

This all goes back to July when Boone and Gardner got tossed during the famous “my guys are savages in the box” game vs. TB.

I have absolutely no problem with Aaron Boone defending his players when he thinks his team is getting screwed by the umpires. “Savages in the box” has been a rallying cry. It has galvanized the team (further than it already was). I have no problem with that what-so-ever. Aaron Boone has formed a strong bond with his players & that’s great.

BUT … the video of “savages” that went viral on social media, has also galvanized the fraternity of umpires. They saw Gardner banging on the roof of the dugout, like an unhinged-maniac, they saw and heard Camron Maybin’s “Mother F’er comment, they saw the T-shirts being sold, and they didn’t like it. As David Cone said during the YES broadcast , when it comes to the umpires .. “the word is out”. He added ..

“Radar is up for the Yankees right now”

David Cone is correct. Umpires now have rabbit ears. They have one ear in the Yankee dugout. That’s not right. That’s not fair, but that is the reality. It also seems that they are retaliating.

Here’s my take-away from this whole thing :

The Yankees should focus on what should have been the key issue all along. AARON JUDGE’S STRIKE ZONE !! Aaron has consistently gotten pitches below his knees called strikes when they are clearly below HIS strike zone.

That is a major point. Aaron Judge is 6’7″ . Much taller than the average sized player. Umpires are used to calling the low strike a certain distance off the ground. Umpires are calling the low strike for the average sized hitter. I don’t think it is on purpose but it doesn’t matter .. it needs to be addressed and corrected league wide. Judge is a superstar in the league and has a phenomenal eye for balls & strikes. He is a .400-on base% type hitter. The problem has been going on since Judge first stepped foot in the batter’s box back in 2016. The Yankees front office should just keep sending the league-office visual evidence of blown-calls going against Judge. Just keep sending evidence, over and over and over.

Instead the Yankees have broadened their fight, and have taken this “us against the world” position.

I don’t think this is the right approach, and unfortunately it feels like the Yankee players and Yankee PR department are doubling-down on this #LetBrettBang crusade.

It’s surprising to me that the Yankee PR twitter feed is promoting Gardner’s antics. Is this consistent with the “Yankee Brand” they have so carefully crafted over the decades ?

Aaron Judge has started hand-gesturing the “Brett-bang” into the dugout when he gets on base (similar to the idea of the “thumbs down” gesture in 2017 started by Todd Frazier ). I would ask Aaron Judge if he understands his own brand? He has patterned himself up to this point in career after Derek Jeter. The way he does his post-game interviews, it is uncanny. And up to this point he has never argued with the umpires (just like Jeter), and now this ?

Consider this .. Brett’s dugout meltdown that is now being glorified, overshadowed not only the thrilling Yankee win on Saturday but also the pre-game ceremony that day paying tribute to Mariano Rivera , the first-and-only unanimous Hall of Famer, and the epitome of a true Yankee !!

For the reasons stated above, I have to give #LetBrettBang a resounding .. 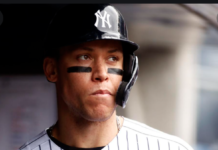