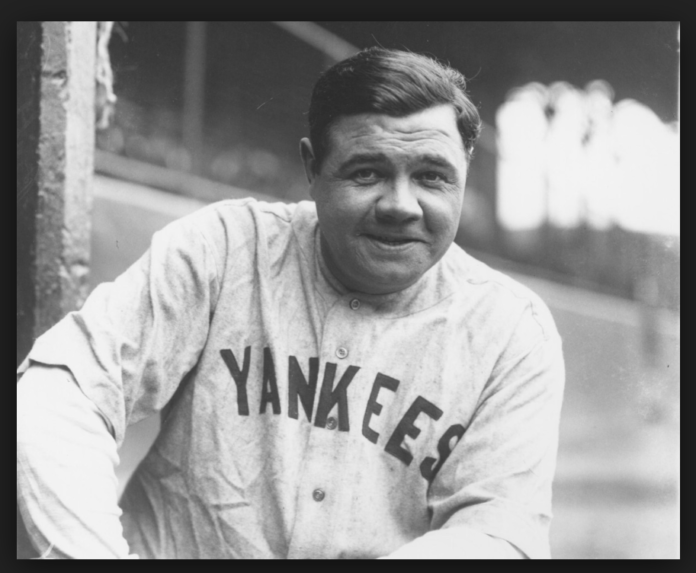 Camden Yards is in downtown Baltimore, next to the  ..”Inner-Harbor” (landmark / tourist attraction). Well the Yankee hitters channel their Inner – Babe Ruth when they play at the Oriole’s home park. Through the years the Bombers have loved hitting at Camden Yards, and this year is no exception. Even Babe himself would be impressed with the 3 game series that just concluded. It was a 3 game sweep (April 4, 6, & 7) in which the Yanks pounded out 14 Home Runs, including 7 Homers on Sunday : Sanchez (3), Frazier (2), Torres, Romine, which was the most HRs hit by the Yankees on the road in one game since … May 30. 1961 vs. Boston : Mantle (2), Maris (2), Skowron (2), Berra.

It’s fitting that the Yankees channel the Bambino when they play at Camden Yards, especially when you consider that Babe was born and raised in … Baltimore Maryland. In fact the first baseball contract Ruth signed was with the minor-league Baltimore Orioles.