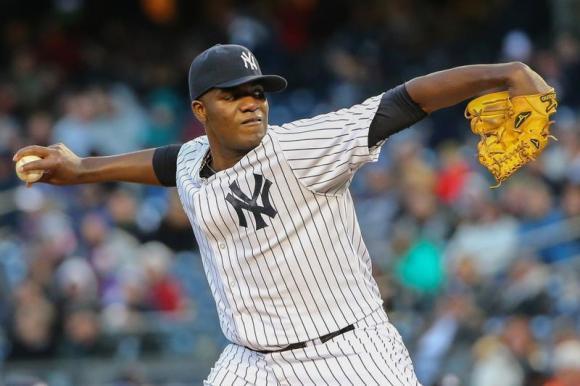 CHANGE WE CAN BELIEVE IN :

(Trust me.. I’m not getting political)

THE CHANGE UP IS A GAME CHANGER

is nearly un-hittable, but when you are basically a two pitch Starter,

batters can guess, and sit on/look for one pitch.

Pineda has experimented with a Change Up since his rookie

season, but without much success.

He has now shown more confidence in that pitch,and if mastered would

give him 3 very different out-pitches.

Consider his start last night 4/8/15 vs. the Toronto Blue Jays.

On a cold,windy and misty night at the Stadium with temps

he is developing and maturing as a pitcher, and a person.

and at first glance that might not seem overly impressive,

but when you look closely there were many positives.

For one thing.. the weather was much colder last night, than the night

he decided to put pine tar on his neck in Boston, and yet the

cold did not seem to distract or unnerve him.

during his Florida Spring Training games , yet he was still able

to Strike Out 6 over 6 innings.

It’s a big IF, but in my opinion, IF Michael Pineda’s surgically repaired

shoulder holds up, he will put up Cy Young – type  stats

for the N.Y. Yankees this season.

And that would be a game … CHANGER !! 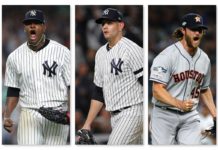 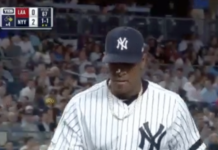 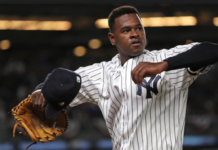 Sevy Needs to ACE This Test